Ireland - At your Leisure 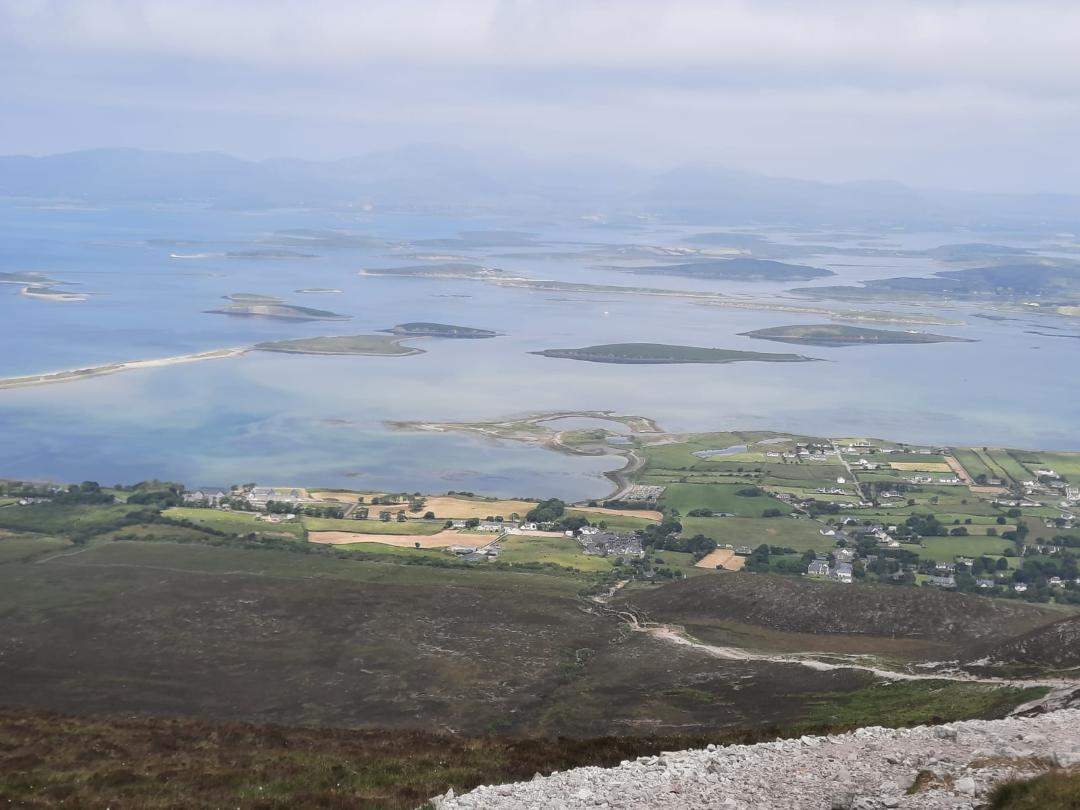 Gaeilge, Gaelic, Irish are all the same language. Its origins lie with the arrival of the Gael, a Celtic Tribe who originated in Central Europe and moved here from about 500 BC. It is a language that has brushed with extinction. However across Ireland, at least in the Irish Republic and increasingly in Northern Ireland you will see it written on signs and notices. If you have the misfortune of being arrested in the Republic you will be entitled to have your rights read in Irish.

However, don’t be fooled into thinking that it is widely spoken, or even understood in this country. About 1% of our population use it as their first language and many of the rest of us, in spite of it being compulsory at school, have little or no skills. The reasons for this are many and complicated. Although other languages had arrived in Ireland, Latin was the language of the church. English and French arrived with the Normans in the 12th century. It was widely spoken, especially in the west, right up to the mid 1800s. Famine and migration had a huge impact on the Gaelic speaking community and many either died or left. The ones left behind often ensured that their children spoke English in order to prepare them for seemingly inevitable emigration. It was also the time that the National schools were established. Catholic children were now entitled to an education provided by the British state. Teachers were Irish but the curriculum was not.

Why the Irish Speak English

English was the language of government, of civil service and of business. If you were going to get work in any of these fields, English was essential. And so began the demise of a language spoken here for over 2000 years. In the late 19th century, academics and poets, alarmed by the pace of its demise, established The Gaelic League in an effort to preserve the language and slow down its retreat. They were partially successful. When the Free Sate of Ireland became independent from the United Kingdom in 1922, Irish was chosen as its first language, yet most of the founders of this new state could not speak it, and nor can their grandchildren or great grandchildren.

There is a saying in Irish, “tir gan teanga, tir gan chroí” meaning “land without language, land without heart” and collectively the Irish seem not to have forgotten this. Although many of us haven’t a clue what the words of our national anthem mean we will proudly bellow them out before our rugby and soccer games. We will vociferously defend words we do not understand, and now in a more confident 21st century Ireland, the language once associated with poverty and backwardness, with famine and old Ireland is undergoing a true revival. Gaelscoileanna teaching everything through the Irish language have become common in every corner. More and more, people with very limited Irish will greet each other with a Dia Dhuit instead of Hello as the Irish language becomes more and more modern. A unique thing in an increasingly globalised and homogenised world. 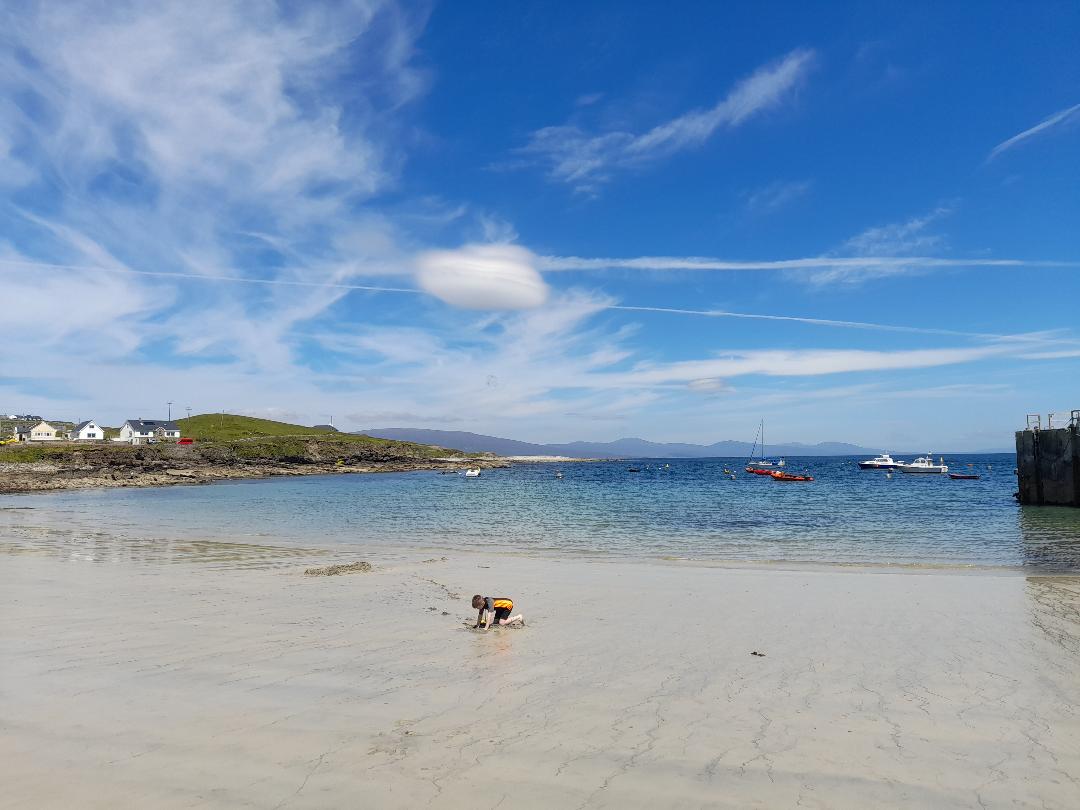 Nobody comes to Ireland for the weather. Even the ancient Romans didn’t bother to invade, calling Ireland “Hibernia”, meaning “Land of Winter”. However, it is not as wet as people, including the Irish ourselves would have you believe. Firstly, it is not always raining! In Wexford, known as the Sunny Southeast, it officially rains for less than 150 days per year, meaning the chances of getting wet there and the rest of the east are less than 50%. Admittedly the west does get significantly more rainfall. 225 days being the average in most parts of the west. Also in places like Connemara and Kerry, humidity can be so high that even though it is not raining, the air feels full of moisture.... but... that’s what gives us the green lush foliage, the extraordinary grassland and our incredibly good food.

Secondly, our climate is very temperate. In fact, it is officially defined as a “temperate oceanic” climate. At 53 degrees north of the equator, winters should be bitterly cold, however warm winds travel across the Atlantic from the Gulf of Mexico to warm our air. We get a small amount of frost in winter, usually lasting no more than a week. Very occasionally we get snow.....which equates to unnecessary panic and chaos throughout the land. For most of the winter time it feels a little cold and a little damp. The summer months (spring and autumn) bring very long days up to 20 hours long and temperatures ranging from 16 degrees (60f) to 25degress (77f). Many summer days will have a few showers of rain. These are the glory days in Ireland. The days that when if you listen closely you can almost hear the grass growing under your feet. A damp dewy haze sits over the hills as they glisten and the shadow of remaining clouds dance over the mountain sides. What had been a wall of white fog disappears to reveal giant cliffs, glacial valleys and lush pastures. This is the magical Ireland.

There is almost always a wind in Ireland, sometimes it can feel quite strong. You have not lived until you have experienced a sideways shower on the Burren where it feels like your socks are getting wet before your hair as the powerful wind blows in off the Atlantic. The really good news is that there are very few ways Mother Nature will try to kill you here in Ireland. Hurricanes are extremely rare, as is extreme heat, cold and flash floods. We do get some lightning storms, just stay off the golf course for that! We have no earthquakes, volcanic eruptions or tornadoes. Also we have no natural predators. The most dangerous animal you are like to meet here is a curious cow or a grumpy bull, or perhaps the sheep that like to sit in the middle of the roads in the mountains.

Ireland is filled with great walks and hiking trails. These range from nice smooth paths on flat terrain to difficult mountain climbs. The fact that it is usually quite cool makes it a great hiking country. So a good pair of walking shoes are a must. Light waterproof or water resistant trousers and coat are useful but may never be needed. Layers are good as even in the summer, mornings can be cool and daytime temperatures can feel warmer than they actually are. Sunscreen is a must, and generally umbrellas are just a waste of valuable luggage space as there is usually a wind blowing. Whatever the weather, Ireland is such a safe, pleasant as well as beautiful and fun destination for travelers of all ages! Don't let the weather put you off!!

Ireland - At your Leisure